Lizzie Damilola Blackburn is a British Nigerian writer from Peckham in London and Yinka, Where Iz Your Huzband is her debut novel. The charming Yinka is not unlike her creator: a thirty-something, Oxford-educated, British Nigerian south Londoner with good friends, a good job, a small force of made up of meddling Nigerian aunties and an overeager mother desperate for a second son-in-law. When Yinka’s cousin gets engaged, the pressure is on. Armed with a trusty spreadsheet and her best friend, Yinka hatches a genius plan to find a date for the wedding, but the fact that she’s a devoted Christian saving herself for marriage and can’t get over her ex conspire to keep her single.

A blend of Queenie and The Secret Lives of Baba Segi’s Wives with a healthy spoonful of Bridget Jones’s Diary, Yinka, Where Is Your Huzband? will make you laugh out loud as you cheer for a loveable heroine looking for love, and herself, between two cultures. From the blog post that inspired her to Yinka’s abiding love for her local chicken shop, Lizzie gives us 5 fun facts about one of the first Black British romantic comedies.

5. Yinka, Where Is Your Huzband? initially started as a short story on my blog

From 2014 to 2015, I ran a blog called Christian Dating Dilemmas. The blog featured a handful of short stories centred around four characters, and each had a love life crisis. Yinka was my favourite character—a thirty-something British Nigerian, she was feeling the pressure to settle down. After encouragement from an author, who also fell in love with Yinka when she checked out my blog, I decided to turn Yinka’s story into a novel.

4. Yinka is a big fan of chicken and chips

Yinka’s deep-rooted love for chicken and chips started way back when she was a teen. After school, she would spend her precious pocket money at Chicken Cottage. Her favourite chicken type is drumstick—because of the succulent, crispy skin—which she’ll order with chips and drizzle with lots and lots of burger sauce.

3. Yinka wears long cardigans with everything

Yinka feels as though she has to wear a long cardigan, not out of choice, but out of necessity. This is because she is so self-conscious of her tiny bottom. She’ll have a nice top on, and yet, she’ll ruin her outfit by throwing on a baggy cardigan (which usually looks tired and old because she’s worn it a lot).

2. Yinka is a lightweight

Yinka loves a good gin and tonic. However, she can only manage one glass as she’s a lightweight, and a clumsy one at that. She also makes a conscious effort to not get drunk because she respects the Biblical principle of being in control of your body. But she’s human, which means, from time to time, she slips up.

1. Yinka, Where Is Your Huzband? was the third title I came up with

Before landing on this genius title, the book was initially called Search for My Auzband. That was until someone looked at the word ‘auzband’ and said ‘What’s that?’ Then, taking inspiration from the eponymous likes of Bridget Jones, Eleanor Oliphant and Queenie, I renamed it Yinka Oladeji Is Desperate for a Husband. I quickly abandoned it—far too long! I also didn’t like the word ‘desperate’ and thought it would be off-putting for some readers. Then, one day, I got a brainwave. I know! Yinka, Where Is Your Huzband? Just like that, I knew I’d struck gold.

LIZZIE DAMILOLA BLACKBURN, born and raised in London, is a British Nigerian writer who has been at the receiving end of the question in the title of her novel many times, and now lives with her husband in Milton Keynes, England. You can find her on Twitter @DamilolaLizzie. 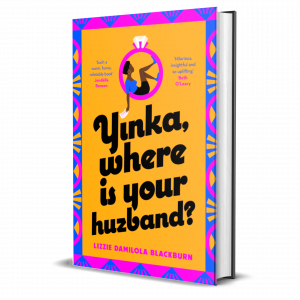 The Nigerian accent Dictionary
Huzband (pronounced auz-band) noun
1. A male partner in a marriage
E.g. Yinka's younger sister, Kemi, is married to Uche
2. A non-existent man in a non-existent marriage whose whereabouts is often questioned, usually by Nigerian mums and aunties to single British Nigerian women
E.g. So, Yinka. Tell me. Where is your huzband? Ah, ah. You're thirty-one now!

Yinka wants to find love. Her mum wants to find it for her. She also has too many aunties who frequently pray for her delivery from singledom, a preference for chicken and chips over traditional Nigerian food, and a bum she's sure is far too small as a result. Oh, and the fact that she's a thirty-one-year-old South-Londoner who doesn't believe in sex before marriage is a bit of an obstacle too...When her cousin gets engaged, Yinka commences 'Operation Find A Date for Rachel's Wedding'. Armed with a totally flawless, incredibly specific plan, will Yinka find herself a huzband? What if the thing she really needs to find is herself? 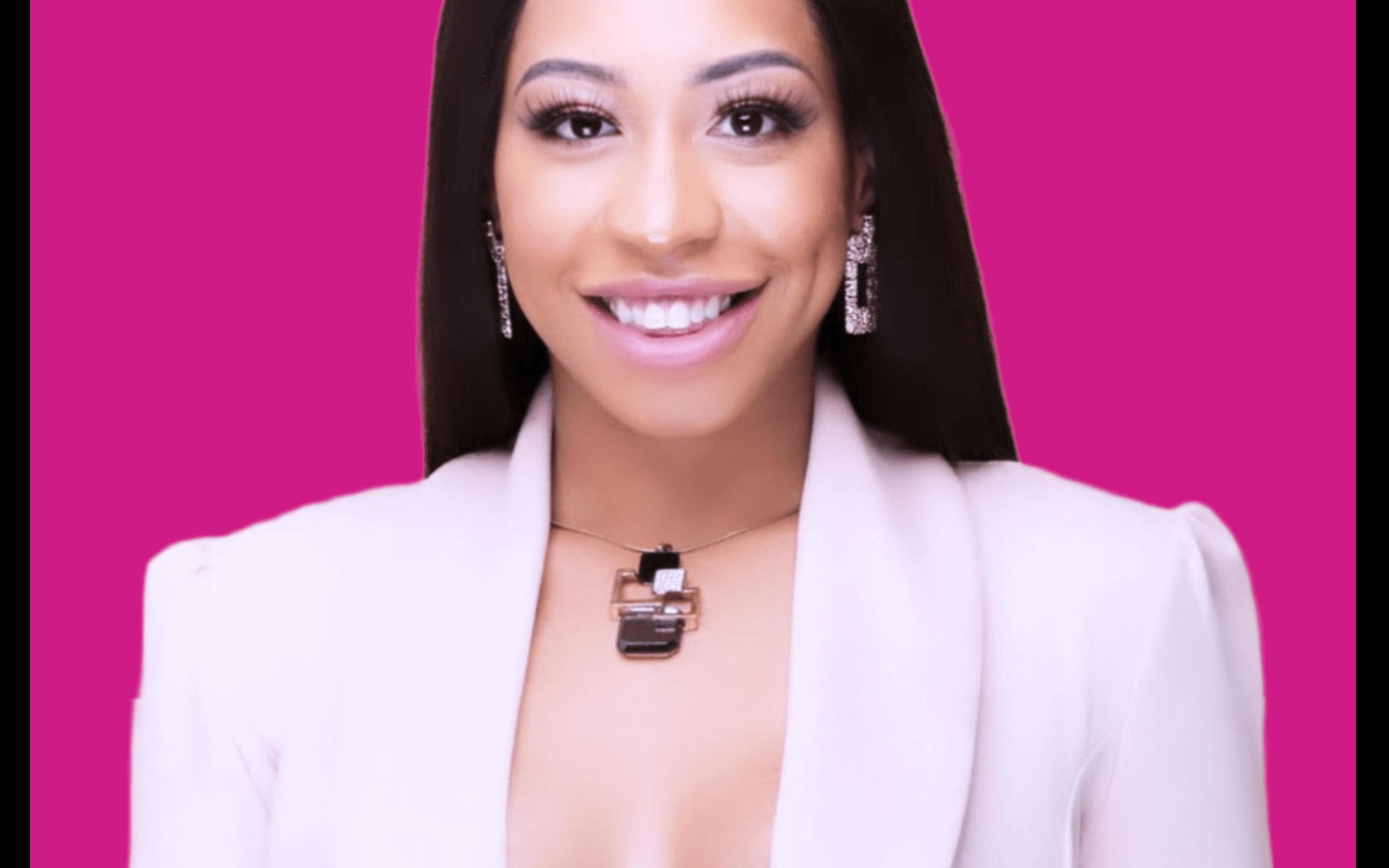 “This isn’t a story: this is my confession.” My debut thriller, The Hive, opens powerfully with Charlotte Goodwin’s chilling confession: she’s killed her ex-boyfriend’s partner in cold blood and now invites you to vote on whether … 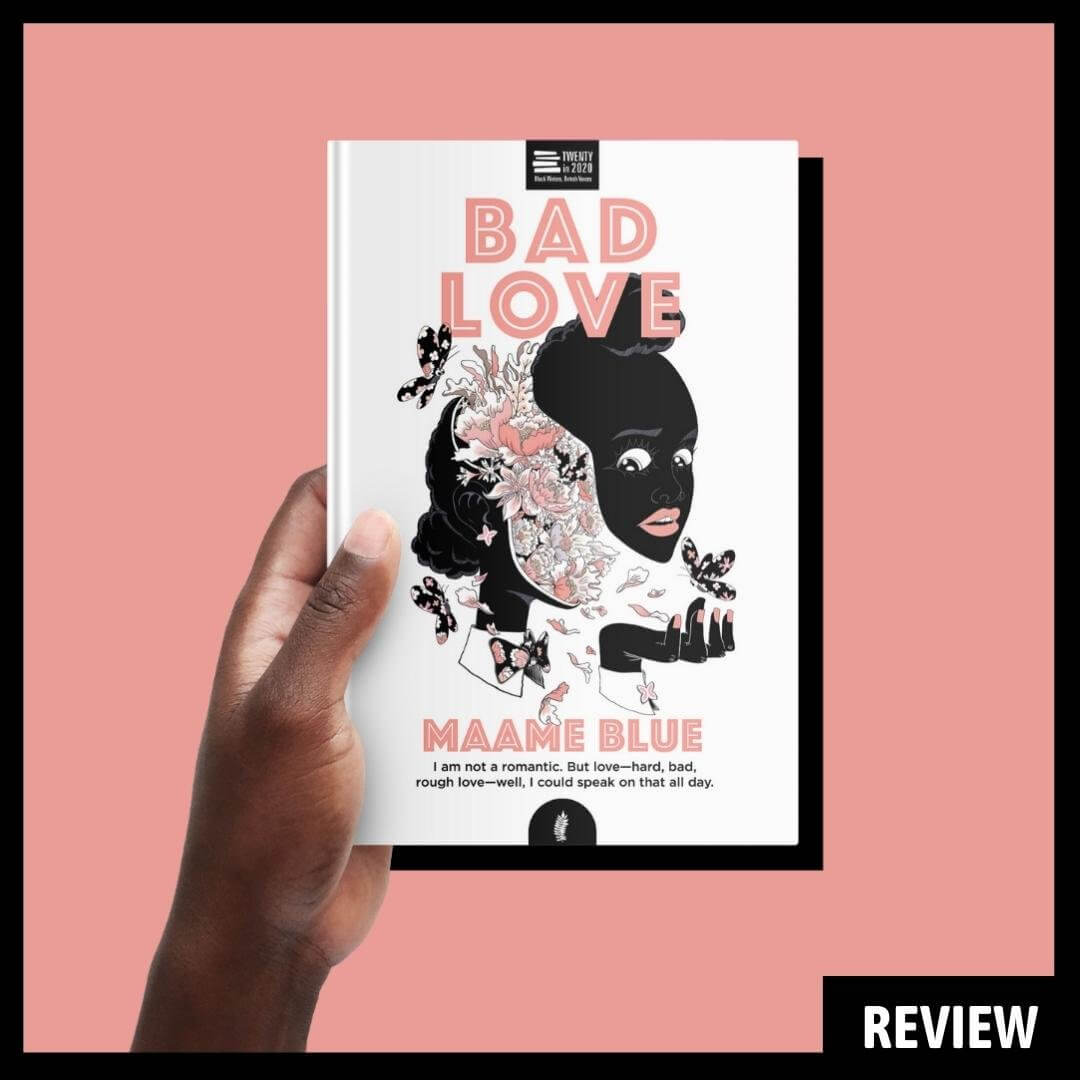 Maame Blue’s Bad Love has a somewhat misleading title. Though it is about how we hurt and are hurt in love, it is primarily about love’s multiple transformations along the tide of time and ultimately resilient quality. Blue’s exceptional …

The Hive opens with a confession: Charlotte has killed her ex-boyfriend's partner, and now invites you to vote on whether he should live or die via Instagram.

Bad Love has a somewhat misleading title. Though it is about how we hurt and are hurt in love, it is ultimately about the resilience of love across space and time.