Maame Blue’s Bad Love has a somewhat misleading title. Though it is about how we hurt and are hurt in love, it is primarily about love’s multiple transformations along the tide of time and ultimately resilient quality. Blue’s exceptional gift for characterisation leads her to achieve something that very few do: a protagonist-led novel that makes you forget that it is.

Bad Love is one of four contemporary romance novels published as part of Jacaranda’s Twenty in 2020, a campaign to publish 20 titles by 20 Black British writers in one year and execute a feat hereto unprecedented in publishing, big or small. Along with Hamish Hamilton’s Black Britain, a series of lost or hard-to-find books which seeks to revise mainstream literary history about Black Britain, Twenty in 2020 is one of the few publishing projects which gives Black British voices the space they deserve.

Bad Love is an astonishing debut that fulfils the prompt beautifully: this coming-of-age romance sees through the eyes of Ekuah, a Ghanaian-British Londoner and bushy-tailed university student who is inexperienced in matters of the heart. That is until she meets Dee, a mysteriously aloof musician who sweeps her off her feet before ghosting her for two years and leaving her broken. Until, of course, she meets Jay, a silver-tongued poet who teaches her much about living well personally and professionally.

With a closeted mother and childhood cousin providing two supposedly secondary plotlines of lifetime love persisting against time’s ravages, Bad Love has a somewhat misleading title. Though it is about how we hurt and are hurt in love, it is primarily about love’s multiple transformations along the tide of time and ultimately resilient quality. As the lifelong love between Ekuah’s mother and her schoolmate Aunt Genie finally wins out, so does the relationship between Ekuah and Dee.

Though often marketed as a romance author, Blue is fundamentally interested in writing about complicated relationships in whatever form they might take. Prior to picking up the pen, she was a practising psychotherapist. It shows: Bad Love is a character-driven exploration of emotional arcs that shines brightest in how it unreservedly invites us inside the minds and hearts of its characters. Though we are in Ekuah’s first-person head, each and every character is painted with a fine brush that makes them wholly intelligible in their human motivations and impulses.

Blue’s exceptional gift for characterisation leads her to achieve something that very few do: a protagonist-led novel that makes you forget that it is. When talking about the limitations of the novel form for the African or Black writer, Jennifer Nansubuga Makumbi notes how the novel does not “cater for [her communitarian] culture which comes with multiple characters.” With Aunt Genie being Dee’s literal aunt, Bad Love’s individual melodies form a harmonising chorus that paints a living, breathing snapshot of the Black British youths, parents, and families that make up this diasporic London community.

But as family and then success takes Ekuah, Jay, and Dee worldwide, Bad Love extends the idea of diaspora and becomes an outward-facing, international novel moving from Venice and Accra to Edinburgh and Paris with ease. While they admittedly do much to quench a pandemic-induced sense of wanderlust, all these settings, ultimately, provide an ever-morphing background that beautifully showcases the resilience of love across time and space.

MAAME BLUE is a Ghanaian-Londoner writer. As well as co-hosting Headscarves and Carry-ons—a podcast about Black girls living abroad—she regularly blogs at www.maamebluewrites.com. In 2018 she won the Africa Writes x AFREADA flash fiction competition for her story Black Sky. She has since been published in AFREADA, Afribuku, and Memoir Magazine; with stories forthcoming in Storm Cellar Quarterly and Litro Magazine. Find her on @MaameBlueWrites on Twitter or on her website. 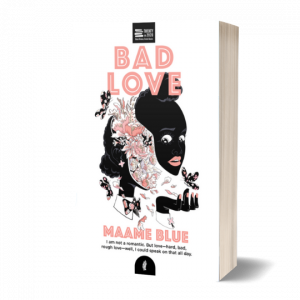 Against a backdrop of enigmatic nights scattered with spoken word poetry in London, Venice, Accra and Paris, Ekuah tries to reconcile her personal journey with the love she struggles with for Dee Emeka, a gifted musician who is both passionate and aloof in his treatment of Ekuah. After 18 months together, he disappears from her life, confirming her worst fears about the unstable foundation of their relationship. She attempts to graduate university whilst retreating into herself, searching for new validations and preoccupations from heartbreak. Life marches on and Ekuah finds personal fulfilment in her poetry and community work. But when she must choose between her first love, and the promise of new, unexpected love, in the form of Jay Stanley, can she handle the vulnerability and forgiveness required? Grappling with her examples of love, Ekuah must forge her own path. With an increasingly successful career, she finds herself travelling around the world. When her rise intersects with Dee’s own fame, the two are pushed to reach a final resolution. 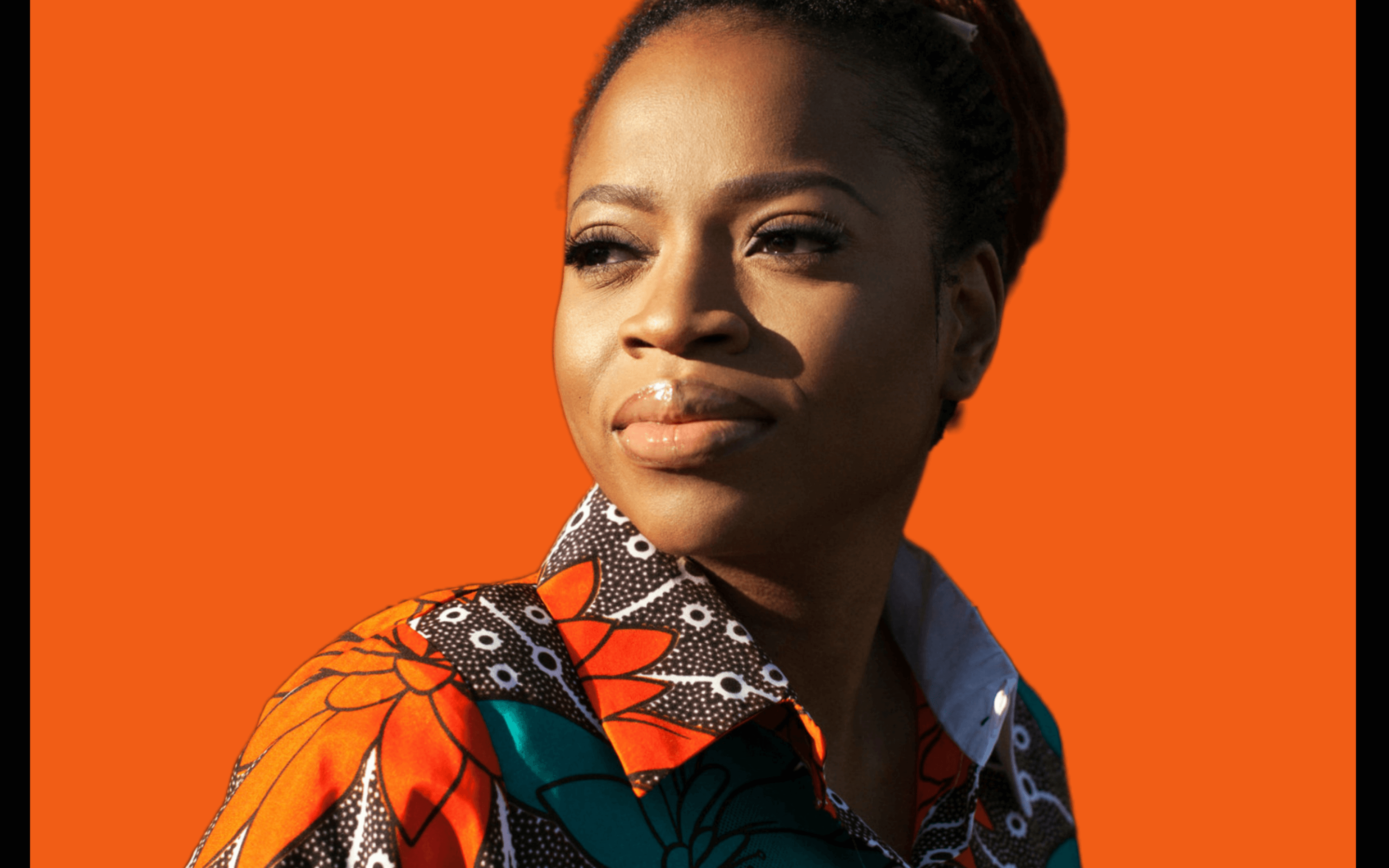