Accra Noir is an anthology of short stories by Cassava Republic set in the capital city of Ghana, Accra and is part of the popular noir series. Edited by Nana-Ama Danquah, the introduction makes a convincing case for why Accra is an ideal noir setting. She states:

“One thing that people, too easily seduced by the city’s charm and history and beauty, forget about Accra is that it is a major metropolis. Accra is New York; it is Los Angeles; it is Shanghai …. it is an urban area, with poverty, desperation, and the inevitable result of a marriage between the two — crime.”

An undeniably vibrant, culturally and historically rich city, it is no surprise that Accra is a tourist hotspot for people across the globe. In 2019, the President of Ghana launched a themed year-long tourism and homecoming campaign, welcoming visitors from the global African diaspora to take part in the Year of the Return which marked 400 years since the arrival of the first enslaved Africans in Jamestown, Virginia.

Aimed at positioning Ghana as a key travel destination for African Americans and the African Diaspora, the initiative consisted of events showcasing global icons from music to fashion and other areas of pop culture as well as regular tourists converging in a big end of year bash. Accra was the tourist destination to be at that year.

This background contributes to the tension fizzing underneath as I read these tales, peeling off the gloss to peer behind the scenes of life for the city’s everyday residents and the odd unlucky tourist. I personally attended the Year of the Return in Accra and saw the sheen, the vibrancy, and the culture. But I also saw glimpses of what lies beyond the glitz and the glamour: the everyday. Like many capital cities worldwide, some residents are migrants to the city and Accra Noir highlights a precarious atmosphere that can sink the unsuspecting but offer opportunity to the cunning.

Crime is woven into the minute. A lovers or a family squabble may lead to death; market women and sex workers carry weapons for protection; kidnappers lead double lives; and police officers get all too involved, whether corrupt or in the pursuit of justice.

This collection’s 13 writers tackle the genre from varying perspectives, making for a mix of dark and funny stories with unexpected warmth. Some stories play with form, like Kwame Dawes “Moon Over Aburi”, which is written almost entirely in a conversational question and answer style. Though some are deceptively light, such as “Shape Shifters” by Adjoa Twum and “Intentional Consequences” by Anne Sackey, every story holds meaning.

I liked how despite the grit and edge that criminality unwittingly lends, most stories delve into the humanity that motivates crime. While some perpetrators are outrightly devious and self-centred, many of the stories demonstrate how circumstances can feel desperate, how survival instincts like fear and hunger can be just as dangerous as petty emotions like jealousy and greed.

This collection is diverse yet coherent, and each story flows effortlessly into the next through the use of recurring motifs and tropes. Though some can get old quickly, its range prevents Accra Noir from ever being tedious. A woman who feels secure in a husband that now treats her well and can afford to put food on the table doesn’t question the source. There’s the sex worker who kills her boss to reach the top of the food chain rather than end up at the bottom of the river like so many others before her. There are the people who cover up the murder of a child for fear of what it could cost their community.

One of the stories that leave a particularly lasting impression is Eibilin Ni Chleirigh’s “The Boy Who Wasn’t There” in which a young girl from a close-knit, secluded farming neighbourhood comes across the dead body of a boy. The story manages to encapsulate the fantastic as well as the awful, impressing upon the reader the swiftness at which fortunes can change. If that isn’t the crux of noir fiction or any depiction of life in many populated global cities, I don’t know what is.

Crime is genre fiction, but let it not be said that crime writers lag in the skills department. One of my favourite stories written by the editor Nana-Ama Danquah, “When a Man Loves a Woman”, opens with this arresting line: “Every morning for the past five days, Kwame had woken up next to a corpse.” Centred on an older married couple in love, it is a delightful mix of tenderness and sinister, quiet evil. It is also a necessary addition in a collection that while not exactly burdensome, still leaves traces of darkness and weight as you make your way through it.

From Kotoka airport, Osu, Labadi Beach, Cantonments, Black Star Square, Independence Arch, and other such tourist spots, to the fishing and farming communities further inland, I enjoyed seeing the city through the eyes of this collection. The history that has shaped the city seeps into the stories through the names of neighbourhoods and landmarks. Some stories — such as Gbontwi Anyetti’s “Tabilo Wuofo” — go further, delving into the nuances of Ghanaian culture. I also enjoyed the collection’s representation of different peoples, languages and cultures, like the Ga, Twi, Fante, and Ashanti, with one or two stories also incorporating the classic folklore trickster spider, Anansi.

From showcasing a talent pool of contemporary Ghanaian writing to delightfully engaging new ways to look at the city of Accra, this is a well-rounded collection with a lot to offer. It is stunning, rich, and multilayered with a healthy dose of mystery and magic, if you’re lucky enough to catch it.

AISHA ONI is a writer, book blogger, and an avid reader. Find her at @aishathebibliophile on Instagram.

NANA-AMA DANQUAH is an author, editor, freelance journalist, ghostwriter, public speaker, actress, and teacher. Her groundbreaking memoir, Willow Weep for Me: A Black Woman’s Journey Through Depression (W.W. Norton & Co.) was hailed by the Washington Post as “A vividly textured flower of a memoir, one of the finest to come along in years.” A native of Ghana, Ms. Danquah is the editor of four anthologies: Becoming American: Personal Essays by First Generation Immigrant Women (Hyperion); Shaking the Tree: New Fiction and Memoir by Black Women (W.W. Norton & Co.); The Black Body (Seven Stories Press); and, Accra Noir, which is forthcoming from Akashic Press as part of their popular noir series. You can find her @danquahrising on Instagram or on her website. 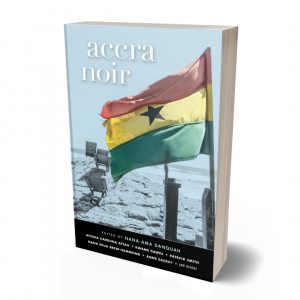 Accra is the perfect setting for noir fiction. The telling of such tales -- ones involving or suggesting death, with a protagonist who is flawed or devious, driven by either a self-serving motive or one of the seven deadly sins -- is woven into the fabric of the city’s everyday life. Accra is more than just a capital city. It is a microcosm of Ghana. It is a virtual map of the nation’s soul, a complex geographical display of its indigenous presence, the colonial imposition, declarations of freedom, followed by coups d’état, decades of dictatorship, and then, finally, a steady march forward into a promising future. Much like Accra, these stories are not always what they seem. The contributors who penned them know too well how to spin a story into a web. 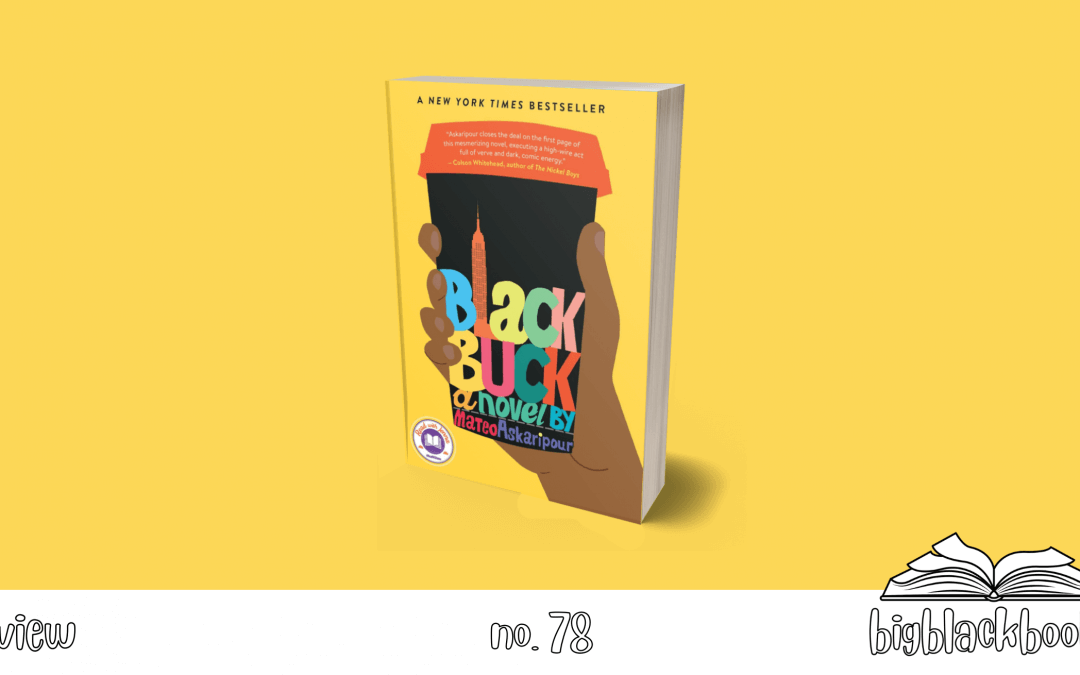