Nanjala Nyabola offers an insightful look from an experienced explorer’s perspective into how travel intersects with topics like migration, identity and the freedom to move. It’s an insightful read for the average traveller who wants a broader perspective on what it’s like to travel in a world that privileges some but restricts many others from moving around. Nyabola goes everywhere, from giving a voice to victims of domestic and sexual abuse in Haiti to exploring academia’s fascination with romanticising trauma rather than studying the complex cultural system that makes up her own hometown of Nairobi, Kenya.

Enthralling, realistic and insightful. As Nanjala Nyabola says, Travelling While Black: Essays Inspired by a Life on the Move is not a travel memoir: it is a thorough exploration opening readers’ eyes to the privileges of those who can travel freely and how the world treats Black people differently. The passports we hold are either seen as threats or opportunities for a certain country’s society. Our identities are always questioned and at the worst times, we have no choice but to comply with someone of higher status or power to avoid being made out to be ‘the bad guy’.

As a Black woman who frequently travels around to countries in Asia and elsewhere, my mind would always be anxious to know about the experiences of Black people who live and travel there, and whether those would hold true for me too. In one chapter, Nyabola writes that “fear is a powerful and paralysing impulse.” Anyone who has stepped out of their comfort zone and travelled to places that are not predominantly populated by their race will know this to be true.

Throughout Travelling While Black, Nyabola dredges up the reality of other people’s fates across various countries and walks of life. Nyabola goes everywhere, from giving a voice to victims of domestic and sexual abuse in Haiti to exploring academia’s fascination with romanticising trauma rather than studying the complex cultural system that makes up her hometown of Nairobi, Kenya.

What stood out the most was how guidebooks should be taken with a grain of salt. They do not cater to us but rather are written by white men, for white men. Fortunately, there are many forms of media ripe for research—such as YouTube, blogs, and word of mouth—from which you can gain an idea of what someone who looks like you has experienced before you take the plunge. Travelling While Black makes you reflect on weightier topics, like security and freedom of movement, that we not do not often consider when we think of ‘travel’. For instance, forms of identification such as visas and ID cards are essential to travel, but can also be seen and used as a means of controlling a person’s movement.

Designed to make us think, Nyabola peppers the book with several fascinating questions. “Do you still think it’s fair to place responsibility on civilians for choices made by the states?” or “So why do we, the Black and Brown populations of the world, get to have tribes, while Europe gets nations?” Nyabola should be lauded for her bravery in challenging those who have stepped out of line while abroad. She recounts a complex and frustrating situation in which her health was in danger and she wasn’t taken seriously, reminding us that as Black people, we get none of the privileges of being White.

From places such as Gorom-Gorom in Burkina Faso and New York to Haiti and even Nepal, Nyabola is well travelled. I would love to ask for her advice on the countries and islands she has visited. Countries within Africa, Oceania and America have rich cultures and foods, and I’d like to know—as a new traveller—the best place to start. A sequel exploring these continents more could be the next step.

Again, this book is not a memoir about a Black woman’s travels: Travelling While Black is an eye-opener into what it’s like to travel around freely and who has the resources to protect themselves from the disorientation of the world. It’s an insightful read for the average traveller who wants a broader perspective on what it’s like to travel in a world that privileges some but restricts many others from moving around.

NYASHA OLIVER is a writer based in London. She founded Nyam with Ny in 2020 to introduce more people to spicy dishes and recipes from around the world. Along with writing about food, she is passionate about inspiring Black women to live in Asia through her stories and personal experiences. You can find her on Twitter and Instagram.

NANJALA NYABOLA is an independent writer and researcher based in Nairobi, Kenya. She holds an M.Sc. in African Studies and an M.Sc. in forced migration studies, both from the University of Oxford, as well as a J.D. from Harvard Law School. She has held numerous research associate positions, including with the Overseas Development Institute and the Oxford Internet Institute, and has worked as a research lead for several projects on human rights, broadly, and digital rights, specifically, around the world. She is the author of Digital Democracy, Analogue Politics: How the Internet Era is Transforming Politics in Kenya (Zed Books, 2018) and Travelling While Black: Essays Inspired by a Life on the Move (Hurst Books, 2020). You can find her on Twitter and on her website. 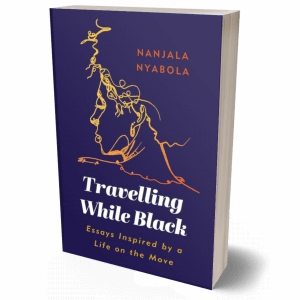 Thoughtful, original reflections on migration and identity from an African woman abroad. What does it feel like to move through a world designed to limit and exclude you? What are the joys and pains of holidays for people of colour, when guidebooks are never written with them in mind? How are Black lives today impacted by the othering legacy of colonial cultures and policies? What can travel tell us about our sense of self, of home, of belonging and identity? Why has the world order become hostile to human mobility, as old as humanity itself, when more people are on the move than ever? Nanjala Nyabola is constantly exploring the world, working with migrants and confronting complex realities challenging common assumptions—both hers and others'. From Nepal to Botswana, Sicily to Haiti, New York to Nairobi, her sharp, humane essays ask tough questions and offer surprising, deeply shocking and sometimes funny answers. It is time we saw the world through her eyes. 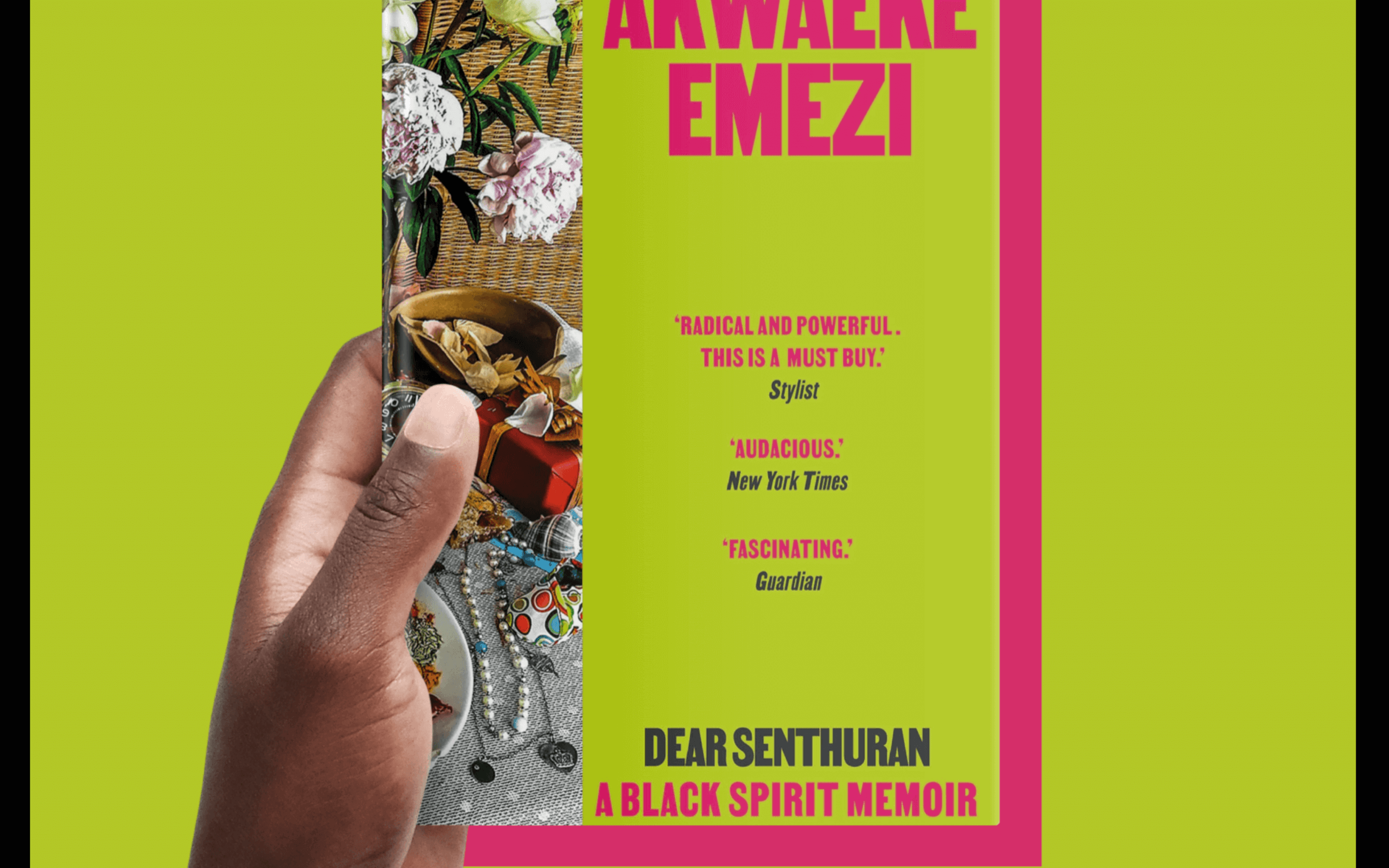 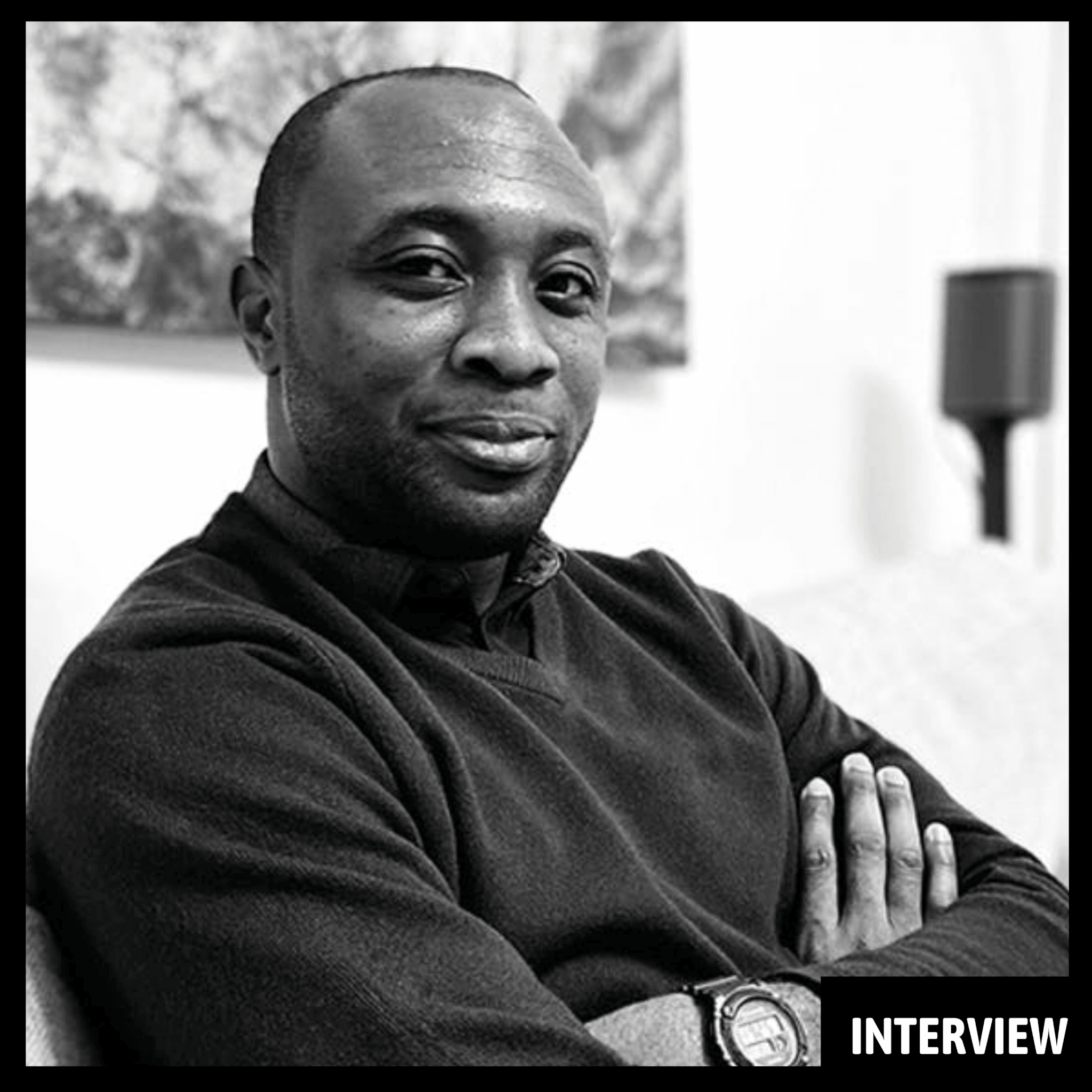 “This book was the way to offer a kind of solidarity”: A conversation with Emmanuel Iduma

Emmanuel Iduma’s first published work, Farad, was a novella that weaved together eight different Nigerian narratives. He is an art critic and teaches at New York City’s School of Visual Arts and he co-founded a literary magazine, Saraba, … 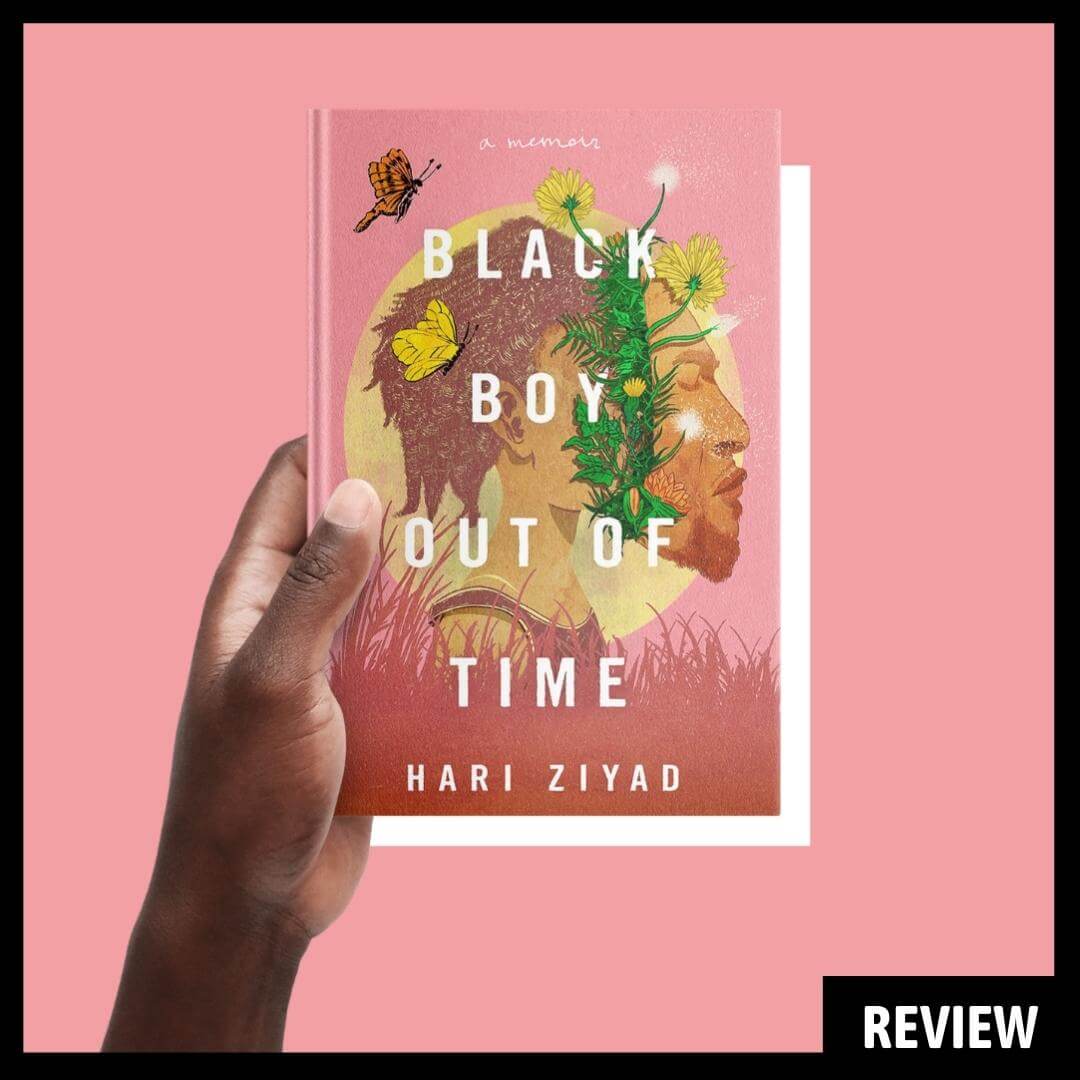 Black Boy Out of Time is a testament to the ways in which Black authors recraft genre categories that are not truly interested in telling our stories. This memoir dares to dream of a future that is not beholden to any …

“This book was the way to offer a kind of solidarity”: A conversation with Emmanuel Iduma

A Stranger's Pose is a dreamy travelogue and memoir through west and north Africa that explores the nature of estrangement, identity, and grief.

Black Boy Out of Time is an eloquent and enlightening testament to the ways in which Black authors recraft genre categories that are not truly interested in telling our stories.