Jasmine Richards is the founder of Storymix, an inclusive fiction studio with social purpose. Storymix create high-quality, original concept series with inclusive casts of characters, putting children of colour at the centre of the action. In this brief interview, Jasmine speaks on alternative approaches to publishing that help authors and illustrators of colours and the inspiration behind Storymix’s bestselling series, including Remi Blackwood’s Future Hero series.

SHANIAH: Storymix is a fiction studio. You “find the right talent and pair them up with an idea you have developed in-house.” Why?

JASMINE: In 2018 my son had just turned five and we were moving from picture to chapter books. One afternoon we were browsing our local bookshop’s shelves and could not find a single book in the 5-8 section centring someone that looked like my son, even though the shelves overflowed with Horrid Henry and Beast Quest. I was in the room when Hachette came up with Beast Quest, so the anger I felt wasn’t just directed at publishing but also at myself. I’ve let my kid down, I thought. After I finished being angry, I asked, what can I do to fix this? I considered leaving my job and becoming a full-time writer. I’m a slow writer: I like to write big, fantasy and adventure stories which amounts to, maybe, one book a year. I decided to use all my knowledge and network, having worked at a book packager and in children’s publishing, to centre Black and Brown kids; to take up space, literally, on the bookshelf. That’s how Storymix came to be.

JASMINE: It is accepted that there is a scarcity of Black and Brown talent in the industry, but having done this for almost four years now, I don’t think that’s the case. I think that the talent doesn’t necessarily come in the routes publishing knows. It’s getting better, and agents are doing a better job of finding talent and bringing them through in traditional ways. When I started, I never went to agents to find the perfect writer or illustrator because they rarely so represented the types of artists I was looking for. Nowadays I do because many more of their clients are from ethnically diverse backgrounds. I tend to find the best illustrators through the algorithm, mainly on Instagram. When it comes to writers, I use my background and network as a writer. I’ve also taught people how to write for children for many years and used to run a writer’s workshop retreat with three friends. What makes Storymix different is that we also teach the craft of writing, so many of our writers are graduates of my courses.

SHANIAH: Remi Blackwood’s Future Hero series follows Jarell’s discovery of a fantasy version of the land of his ancestors. Why did you choose a barbershop as the portal to Ulfrika?

JASMINE: I held the barbershop idea for so many years, inspired by my younger brother, Darrell, who is eight years younger than me. I used to help my mum out with childcare and one of my responsibilities was taking my brother to the barbershop, that was until he started asking me to stay outside because he felt grown. For him, and for so many, the barbershop is a special place. When a boy or man comes out, he is transformed in more ways than one. Yes, they go in looking one way and come out looking another, but they also come out standing taller, standing with pride. I should say I didn’t get to be in the barbershop after my brother banished me but I know that for Black people, the barbershop is about so much more than hair: it’s a hub of community. The barbershop mirror represents that best. I love any kind of portal story, particularly those involving the motif of mirrors. In fact, that’s where the story starts off again in the second book of the series, Future Hero 2: Mission to the Shadow Sea. You’ll see that trend in lots of the books coming out of Storymix.

SHANIAH: You are an inspiration in the book world as a publisher, author, and co-founder of Book Bound and, of course, Storymix. What is your proudest, most significant achievement?

JASMINE: In terms of the most significant (because they are slightly different), being selected for Penguin’s Graduate Trainee Programme was massive. I didn’t realise it at the time, but it was better paid than lots of other jobs in publishing then. The average entry-level salary was around £14,000-15,000, and I was paid £21,000 around 18 years ago. Considering my socio-economic background, that I came in on that salary was significant. I don’t think I could have survived on £14,000 and would have probably gone off to become a lawyer. We can’t change the conversation about who gets published and who gets into publishing without talking about the salary of those entry-level roles. My proudest moment was setting up Storymix and having the first series, Aziza’s Secret Fairy Door, acquired. The illustrator Cory Reid and the writer Tólá Okogwu have both gone on to do great things, which is exactly what we wanted to to achieve: to be a platform and a launch pad for talent.

SHANIAH: I attended your talk titled ‘Before Bias: Changing the Face of Series Fiction’ at the end of last year, which taught me about the need for quality series fiction for younger readers. Storymix has had many success stories in this form, including Serena Holly’s The Marvellous Granny Jinks series. Why is series fiction so important?

JASMINE: It’s about taking up more and more space—once again, literally—on the bookshelves. It’s also about how series fiction helps you form a reading habit. I don’t have all the data and I would love to do a PhD to find out whether my inkling is correct, but my thesis is that if you see yourself in a book, you are more motivated to read those books. We know that reading makes you smarter and live longer. We also know that series fiction forms reading habits, and if we assume that seeing yourself in characters with names like Alia, Hussain, Preena makes you a more engaged reader, we might conclude that representative series hold incredible power and potential for our communities. Storymix are increasingly moving into the middle-grade market, which makes long-running series beyond 2-4 books more challenging. We also want to expand into teen and young adult market. I think there’s a lot we have to offer that space.

SHANIAH: How can publishers, booksellers, teachers, and librarians be more inclusive?

JASMINE: Think about the audience you’re serving. Let’s say you’re in an area where there’s a high proportion of children of colour, such as Manchester, consider what your bookshop looks like. Determine which books get all the attention and focus and ask yourself, why. Understand that a book having a Black or Brown protagonist doesn’t mean it is only for Black or Brown children. It’s something I feel like I need to say all the time: they are universal stories. Engage with stories like the Future Hero series the way you engage with The Hunger Games. You’re going to uncover extra layers if you share Jarell’s background, but there is nothing more universal than the motif of the hero’s journey. In short, serve your audience while not limiting who you think these books are for. It’s all about nuance. I was going to say it’s not easy, but it actually is. It’s really easy. Children’s books should be for all children.

JASMINE RICHARDS is a children’s author, publishing consultant, and founder of Storymix. Originally from London, Jasmine went to Oxford University and has since taught on their Creative Writing Programme. Since launch, Storymix have produced and sold all 29 of their books to UK publishers, one in a 9-way auction. Last year, Storymix won the Precious Awards Creative Business of the Year Award. Jasmine’s latest book, The Unmorrow Curse, follows two friends who awaken a world of myth and magic in this epic middle grade fantasy. Find Jasmine on Twitter @JRichardsAuthor.

SHANIAH SHIELDS is a bookseller and MA Publishing graduate. She is a committee member for Children’s Books North and contributor to The Publishing Post. She dreams of working in children’s publishing to help all children see themselves in books they read. Find her on Twitter @s_publishpoint and on Instagram @booksandbaking. 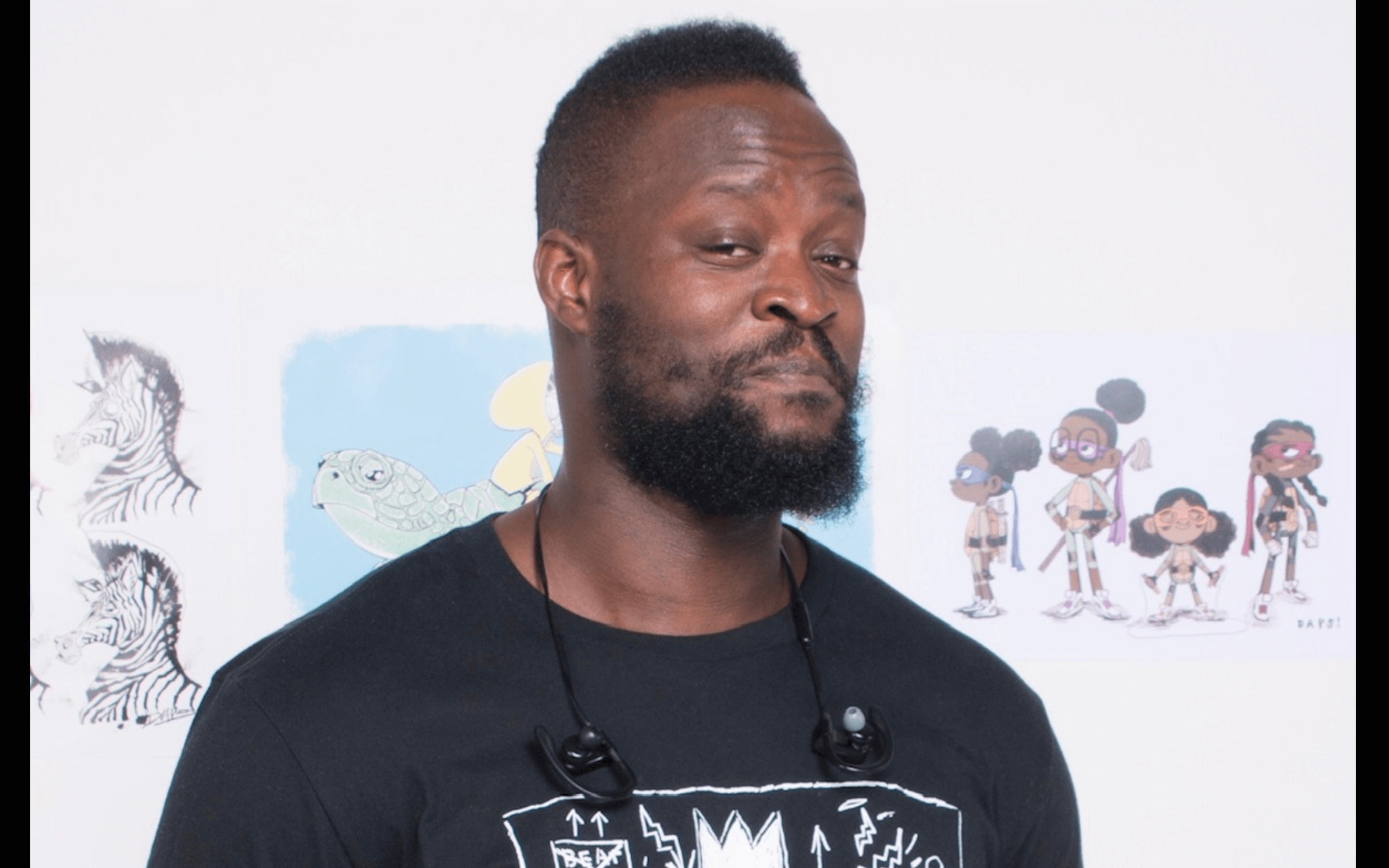 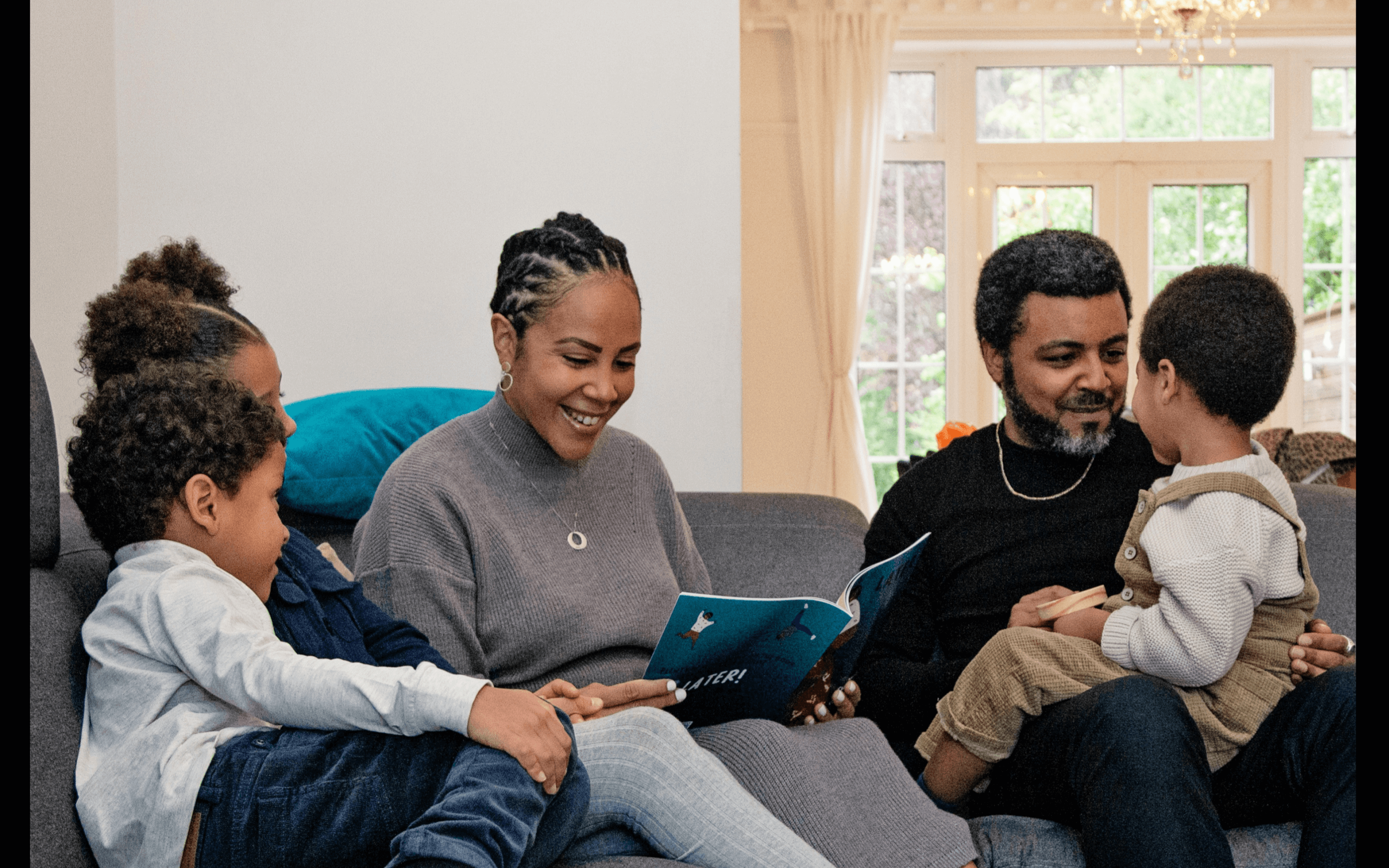