What Africanjujuism Is and Why You Should Read It

I must admit, I didn’t really know what Africanjujuism was when I sat down to write this. After doing some research, I quickly realised that I had already been reading it. A term coined by Dr. Nnedi Okorafor, Africanjujuism is a category of fantasy that focuses on the folklore of Africa and its diaspora. It often also gives voice to various political issues happening on the continent, seeking to educate and inform in a fantasy setting.

If you’re new to the genre or “don’t read” fantasy, firstly, you’re missing out and secondly, there is a fantasy book for everyone. Fantasy books can be centered in a genre that you already love, like romance, or they can feed on elements that you gravitate towards in books, like world-building. Middle-grade and YA books are a great way to introduce fantasy into your reading diet. While the writing is complex enough to keep you engaged, it tends to not be as intimidating as an 800-page adult fantasy novel.

My picks will be enjoyable for the seasoned fantasy reader and those looking for an introduction to the genre. They are all a good starting point when trying to figure out what Africanjujuism means. What these books have in common is their focus on bringing awareness to political struggles religious beliefs that are not Eurocentric. That is the point of Africanjujuism.

“We embrace those things that make us unique or odd. For only in these things can we locate and then develop our most individual abilities.“

This is the first in a series of, now, three books. Sunny is an albino girl who has always felt different. Through a series of events, she realizes that she possesses a magical ability that must be nurtured. With the help of her new friends, she is sent to learn from the world of the Leopard People, where your worst defect becomes your greatest asset. In the ‘real’ world, Black Hat Otokoto is maiming children and Sunny’s mission is to overcome him before it is too late. Filled with mystery and self-discovery, Akata Witch is written in a middle-grade style that remains very complex and engaging. The next book in the series is Akata Warrior and the final book, Akata Woman, will be released in early 2022.

2. The Gilded Ones by Namina Formina

“No matter my origins, there is worth in what I am.”

16-year-old Deka is anticipating the blood ceremony that will determine the trajectory of her life. When impurity is found in her blood, she is sent off to the capital to become a warrior because the only other option is death. Full of political intrigue and a sprinkle of romance, this engaging book is a good jumping-off point into Africanjujuism.

1. The Famished Road by Ben Okri

This 1991 Booker winner is about a spirit child named Azaro who exists between life and death. Despite belonging to a spirit world made of enchantment, where there is no suffering, Azaro chooses to stay in the land of the Living: to feel it, endure it, know it and love it. Steeped in Yoruba tradition and the Bible, this is great for lovers of literary fiction who are interested in fantasy in a real-world setting.

TASHA MAYS is a mother, blogger, and some-time booktuber. In her free time, she likes to read and craft. If you don’t see her with a book or at a table crafting, she’s probably sleeping or eating. Follow her on socials at @amaysnreads on Twitter and @tashalikesbooks on Instagram. 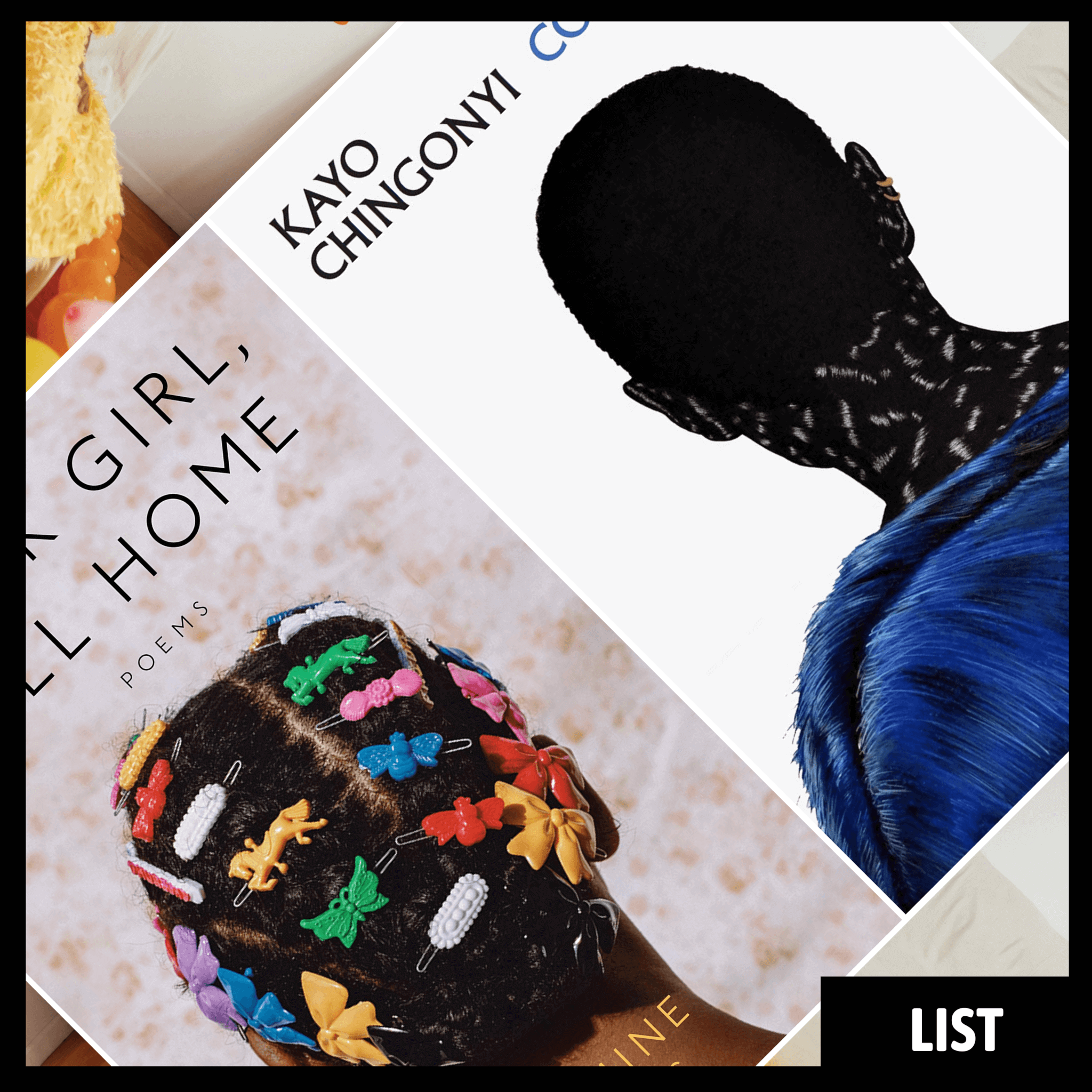 From the concrete heights of a North Peckham estate to the azure shores of the Zambezi River, these poetry collections are brilliant.

My Monticello pulsates the contemporary moment’s terror and uncertainty. Who and what are we the product of, and what is the future of this current birthing?