GROWING UP I NEVER DOUBTED HOW THE WORLD WORKED. We were three among the hordes of chocolate-colored children in 1960s northside Minneapolis, the summer humid air making sweat run down our legs and arms glisten in the sun as we climbed weathered elm trees thick with crayon-colored green leaves. We built tree forts from discarded lumber, or stole it from the sprawling houses on the nearby street populated with wealthy white families.

I never doubted that in the south (and west) colored people could be strung up like marionettes on the strong-armed branches of hanging trees. That’s just how the world worked, so caution came with that summer holiday when we traveled by car to Grandma and Grandpa’s house in California.

We began our travel at night. Daddy carried his pistol under the driver’s seat. We never stopped in the motels that flashed bright their neon vacancy lights. We knew they wasn’t vacant for us. We slept in the car, the back seat shared with my Brother. He had one end and me the other, our baby Sister sleeping in the back of the big black dodge with silver fins. We called her Black Beauty.

Our tires hummed as we drove west on the ink black road of Route 40, a white snake line dividing the tar two-lane highway. I listened for a while, then dozed off to the static of the radio’s strange voices as Mama flitted from station to station. Quickly giving up, she would then talk to Daddy to make sure he didn’t fall asleep at the wheel. At roadside rest stops, he put together a makeshift bed on the wooden picnic tables using a plaid blanket and pillow borrowed from their marriage bed. He slept for what seemed to be only mere minutes.

Other times we stopped at small municipal town parks off the highway and ate a packed breakfast consisting of cold cereals in cardboard containers split open down the center. We picked our favorites (mine was sugar pops). For lunch and dinner, there was milk, fried chicken, bologna sandwiches, potato chips, and our favorite, Oreo cookies. If we got lucky one of the semi-trucks would pull up, the gigantic tires drawing us in like magnets and leaving us awed, wondering where one could find tires that big. We would never talk to the drivers, and I was too shy to talk to anyone anyway. But not Baby Sister, she’d talk to anyone. We had to watch her.

It first happened in a nameless town near Salt Lake City.

It first happened in a nameless town near Salt Lake City. As we sped by in our shiny new car, I saw my first White People Only sign in the window of a drab rusty restaurant. I wish Daddy would’ve stopped. I wanted to examine that sign. Touch it, feel it. I wanted to tell all the people inside that restaurant my Mama cooked a better packed lunch than what they could ever have in that rickety place. I never mentioned that sign in the window. Not even when we returned home.

As we continued making our way to California, I would fantasise we were a traveling band of gypsies, everything we owned packed into the steel frame of the big black dodge, leaving our house back in Minneapolis an empty nest. The wind whistling and rocking Black Beauty as we traveled unknown territory, up mountain passes narrow with elusive mountain goats dancing from cliff to cliff, far below us all a silver blue river flowing through canyon walls. Cars whipped around us while the loaded trucks lumbered their way down the mountain, their sides branded with the products carried within.

Like a steel dinosaur, one seemed ready to devour us as we cried, “Daddy, Daddy faster he’s gaining on us!”

“Fats be careful, slow down before you kill us all! You kids be quiet now and let your daddy concentrate on his driving,” Mama cried. Mama always called Daddy by his childhood name, Fats, though he was now a thin, wiry man.

When we all arrived in Palo Alto, Grandma and Grandpa were waiting for us in their driveway. I remember now, thinking back, that we did sightsee while there: China Town and Fisherman’s Wharf in San Francisco, the trolley cars terrifying as they teetered up and down the hilly streets. Most memorable of all, of course, was the earthquake. It knocked Grandma’s knickknacks and photographs right off the shelves. She even made us hide under the bed.

We arrived back in California ready to run wild with the children of the neighborhood, boasting of the big earthquake that made Grandma’s house rumble.

Everyone was in awe of us, but the fame only lasted a short day or two. We were soon back to being ordinary children in our northside neighborhood. And yet I never said a word about the sign in the restaurant window.

DEBRA STONE has been published in Brooklyn Review, Under the Gum Tree, Random Sample Review, Green Mountains Review (GMR), About Place Journal, Saint Paul Almanac, and forthcoming in other literary journals. She has received residencies at Vermont Studio Center, Callaloo, Anderson Center for Interdisciplinary Studies, and New York Mills. She is a Kimbilio Fellow. Her essay, Grandma Essie’s Vanilla Poundcake, won the 2019 Sundress Publishers’ essay competition, Best of the Net, judged by Hanif Abdurraquib. In 2021 her poem, “the year of stay-in-place”, was nominated for a Pushcart. Debra is a Board Member at Graywolf Press in Minneapolis. 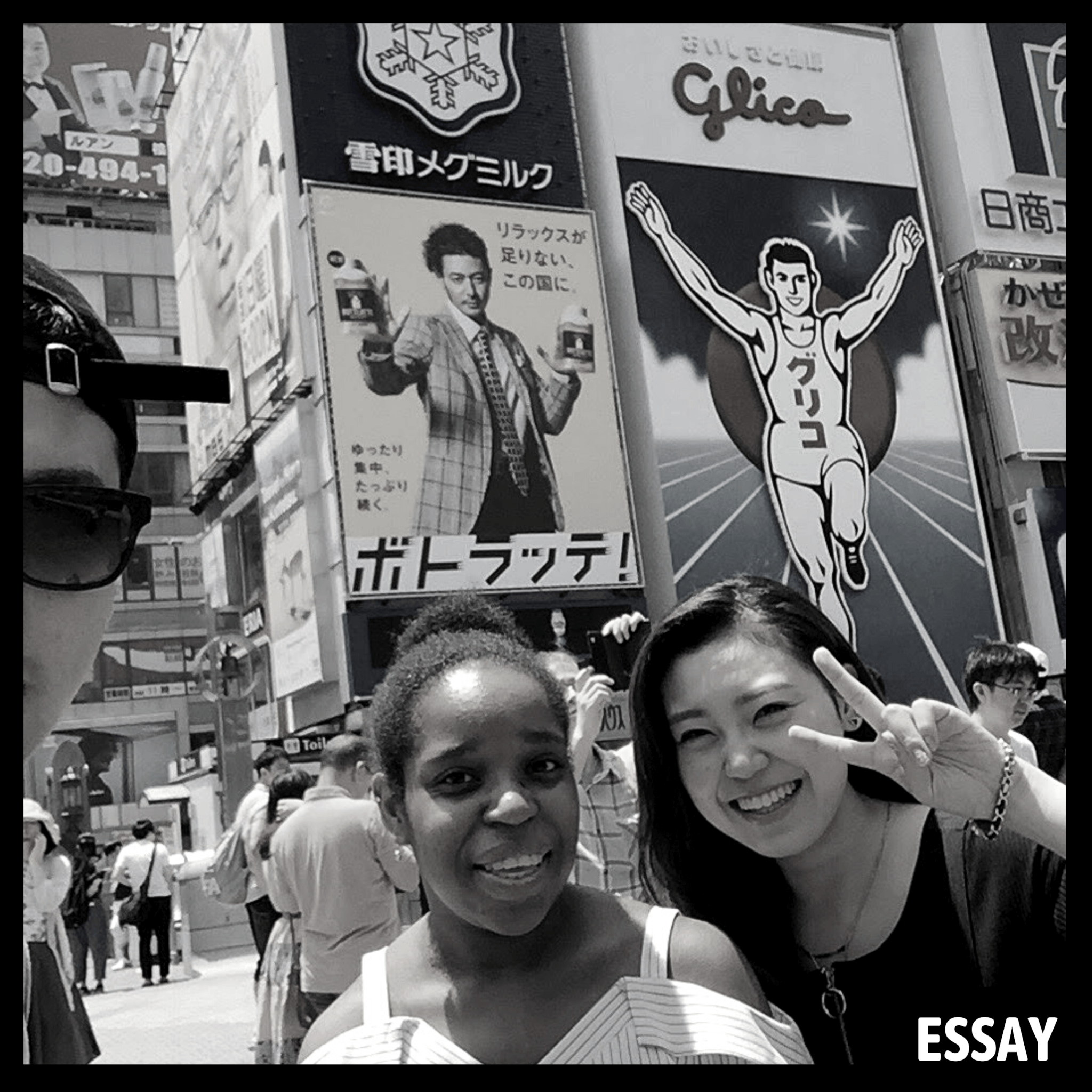 "What does it mean to be Black in Asia?" 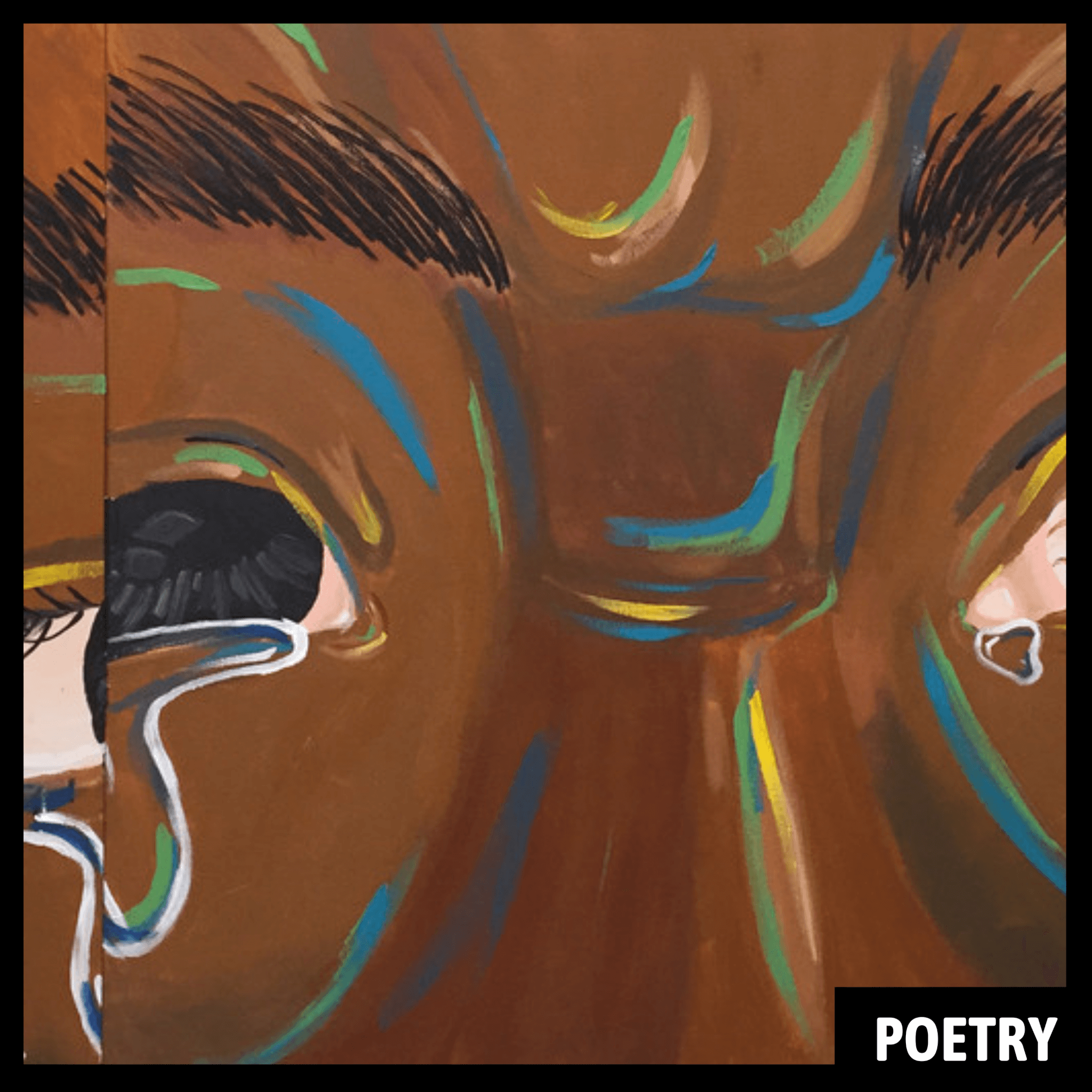