HE SMELLED LIKE SOMEONE WHO HAD A DOG GROWING UP. Like summer grass full of smushed bugs, like an unkempt garden with the slight sourness of trash day. If he smelt like a backyard, she smelled like a beach, like salty air mixed with the ice cream being sold on the pier. That’s how she tasted: a scoop of plain speckled with sand. You can’t pick all the grains out, and you certainly don’t want to stand in line for another cone, so you sift through the roof of your mouth and keep licking.

This guy in the beachside city with cum the consistency—but not the stickiness—of glue, she began to smell like him. Her effluvium smelt of his fingers after a long shift at work, his skin soaked with paper mill air. She became more conscious of her scent, changing, and wondered if he couldn’t notice because, well, it was his own. Even after a shower, she would open her legs and catch a whiff of the inside of his car. A cup of milk left on the dresser all day, or an open bag of chips on the passenger’s seat. It only happened the more they had sex. A steady affair: his penis penetrated the very scent of itself into her, linking them on the days they were not together. No one around her noticed, but she would think while staring at someone telling her about their day, “if I take my clothes off right now, and you smell my naked body, I would smell exactly like him.”

And now for the girl with the locs and sweet eyes, the in-shape waist that she—though younger—didn’t have. When she held that waist, laying stomach flat on the couch, it made her quiver. She inched her face down it to better smell her: a musk of coconuts, black tea bags, and spices. She had been raised in the country, and she still smelled like dandelion dew and greens picked for the stove. Like a specific tree she couldn’t name, in a specific region, where a specific breed of gnats nipped tiny bumps into the legs she massaged lotion into for hours. She so very wanted to bury her head between those legs, just to breathe, inhale deeply, quietly, that scent. To dance light-headed off it.

Her salt mixes with the coconut meat musk of the girl as finally they kiss, lips tugging, relentless, when their bodies turn each other over. The girls’s air conditioning is ragged, shooting out intermittent blasts, the vent above them pouring heat onto their sweating backs and into their already-panting lungs. Only when their legs stop moving does it sweep on their backs a cool breath.

She kisses the girl’s spine, this coolness breeding goosebumps as a light left from college pulses bright colors. She feels the flashes, tasting blue, green, purple, orange, red. When they turn to morning sun, she clears her throat and runs her tongue over her teeth, swallows the spit gathered, and retrieves a mint from under the pillow before turning to wake her.

ALIYAH CURRY is a queer Southern-bred writer focusing on Black female sexuality and mental health. When not writing poetry and short stories, she makes film, theater, and photographs. She also travels and has dance parties with her niece. Her words can be found in multiple literary journals, most recently in Fiyah Lit Mag. Her debut chapbook, The Angels Have Always Been Black, was published this past spring by Bottlecap Press. Keep up with her at Their Daughters Productions. 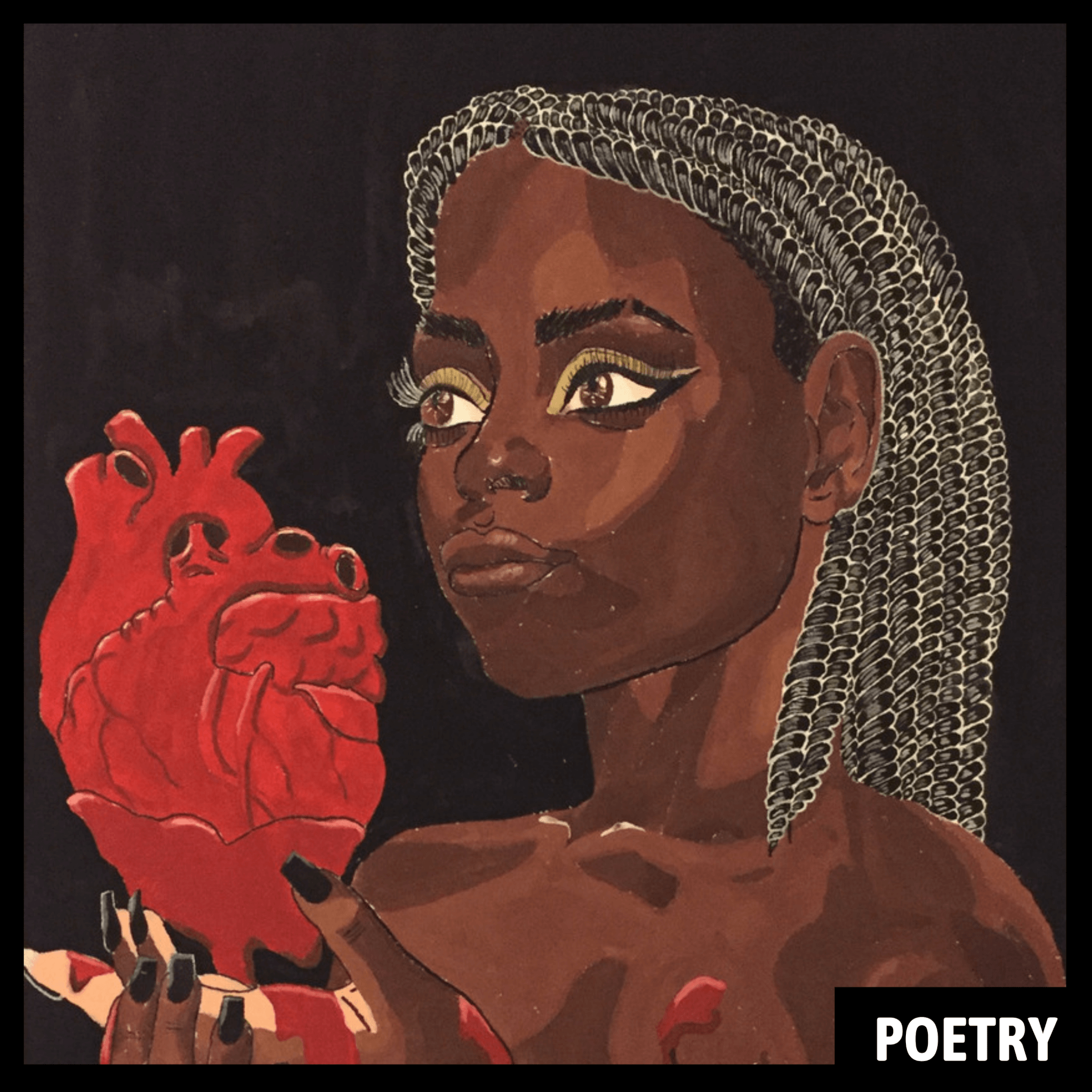 "Love, Foretold in Black and Bold" 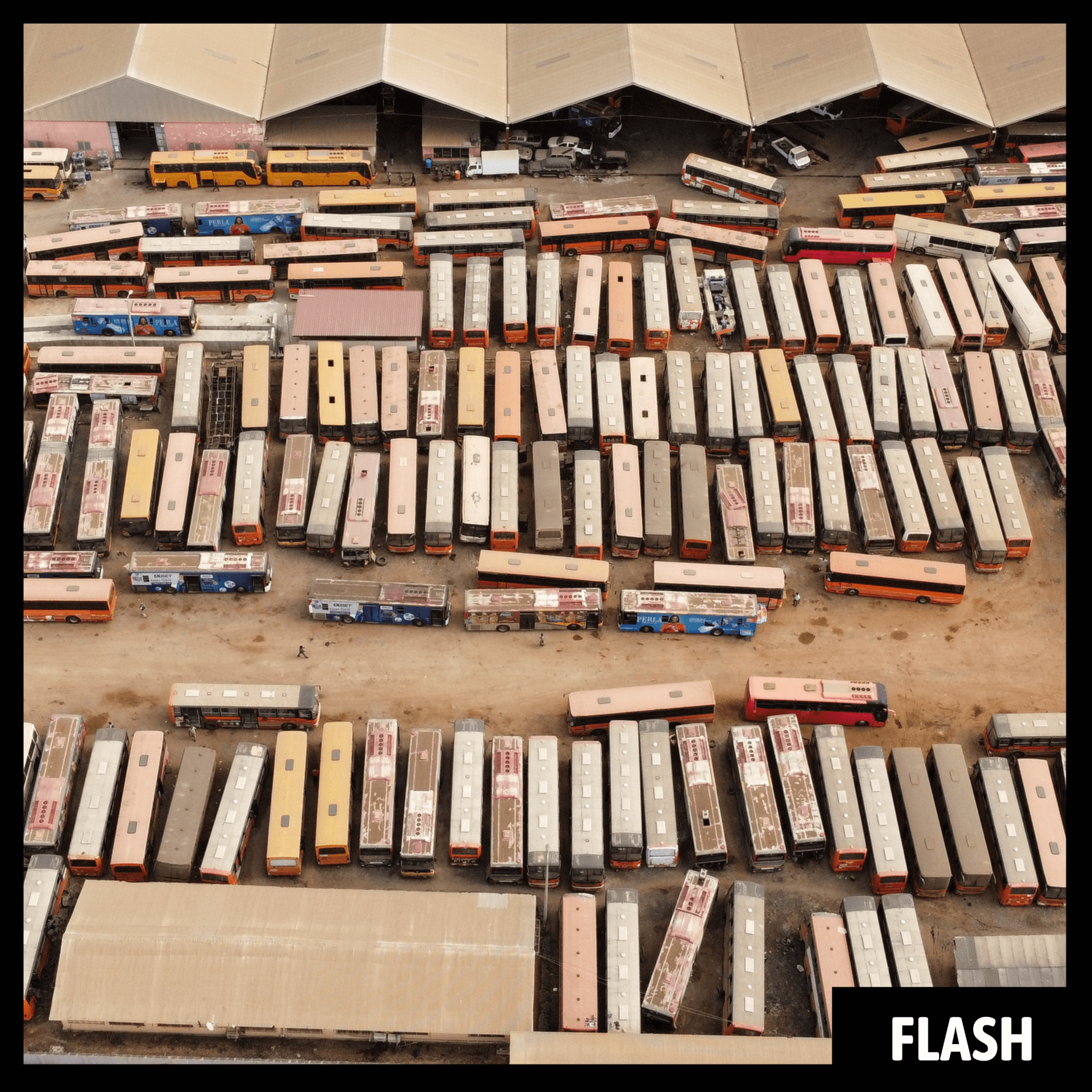